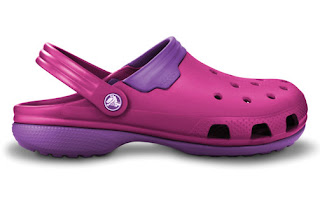 Casual footwear retailer Crocs Inc. has doubled its presence on the island by opening two new locations in Plaza Las Americas and Plaza Carolina. The new stores that opened last month joined the ones in Barceloneta and Old San Juan, which opened earlier this year.

“Puerto Rico is a great market for Crocs and a very strong footwear market,” said Doug Hayes, vice president and general manager of Americas for Crocs. “New stores are a part of our Crocs brand globalization strategy. It’s important for us to not only strategically locate our stores in busy shopping districts, but also showcase our diverse product offering to shoppers around the world as our shoes appeal to consumers for their comfort, color and value.”

Although the stores had soft-openings in mid-November, it was not until Tuesday that the company formally announced its expansion. The new locations will generate about 40 new jobs combined. The company would not release investments figures for the new stores.

The openings are part of the company’s growth strategy, after experiencing a 35 percent year over year revenue increase in the third quarter of 2010, mostly due to retail sales. The new Puerto Rico stores allow the company to merchandise more than 250 of Croc’s signature boat shoe styles for men, women and children, through a mix of full-price and factory direct products, company officials said.
Since its introduction in Boulder, Colorado, the company has sold more than 100 million pairs of its colorful rubbery clogs worldwide.
Author Details