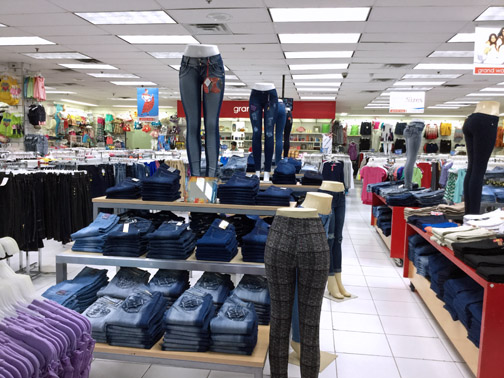 The Plaza Centro store will occupy a 10,000 square-foot space and will create 35 jobs. The Plaza Centro store will occupy a 10,000 square-foot space and will create 35 jobs.

“Plaza Centro welcomes Grand Way, a local retailer committed to satisfy the tastes of the Puerto Rican family with clothing and accessories for the whole family as well as home furnishings,” said Aracelis Cintrón, director of specialty leasing and marketing at Plaza Centro Mall.

“Grand Way will complement Plaza Centro’s mix of stores and will provide more shopping alternatives to our customers,” she said.

Grand Way is a local company founded more than 20 years ago, with 12 stores on the island, employing some 400 people. The Plaza Centro store will occupy a 10,000 square-foot space and will create 35 jobs.

“We chose to set up a store at Plaza Centro Mall for the diversity of clients it serves and for being a mall that caters to the needs of the Puerto Rican family. We’re sure that this store will be a total success,” said Kanan Alkhatib, president of Grand Way Puerto Rico.

Grand Way’s inauguration follows other recent store openings at Plaza Centro Mall including Helados Ico Rico, a local artisanal sherbet kiosk that caters to local taste buds, and others that will open shortly such as Dream’s Art, specializing in collectible toys, and Sarah’s Palace, a women’s clothing store.