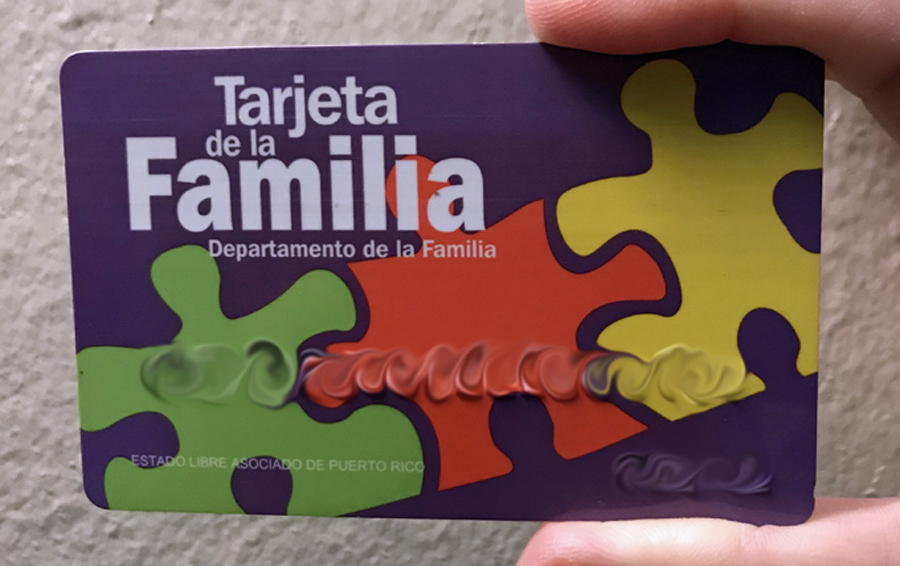 The additional NAP funding will be available until Sept. 30, 2020.

The U.S. House of Representatives approved H.R. 2157, known as the Supplemental Appropriations for Disaster Relief Act, that includes an additional $600 million for Puerto Rico’s Nutrition Assistance Program, known as PAN for its initials in Spanish.

The bill also includes $5 million to study impact on the use of PAN funds in Puerto Rico on food security and $331.4 million in Community Development Block Grant – Disaster Recovery (CDBG–DR) Program funds, to assist in infrastructure-related activities that have not been obtained within the previous supplemental allocation in areas affected by Hurricane María. This last allocation will be split between Puerto Rico and the U.S. Virgin Islands.

“Just as I undertook to extend the supplementary disaster aid for the purchase of food in Puerto Rico, today I can announce its approval by both legislative bodies within the disaster assistance project that will go to the office of President Trump, who already promised to sign it,” said Puerto Rico’s Resident Commissioner in Washington, Jenniffer González.

The additional PAN funding will be available until Sept. 30, 2020, she confirmed.

As for the CDBG–DR funds, the U.S. Department of Housing will publish the rules to authorize the federal funds for Puerto Rico. In Section 1102, the bill requires that within a period of 90 days after the approval, a publication be made on any notification of allocation of pending funds, González explained.

“This provision would give Puerto Rico access to more than $8.3 billion already allocated and that the government has not yet been able to receive because of not having the regulations ready,” she said. “The U.S. Department of Housing is required to make an investment of at least $6 million for all audit costs for everything that has to do with disasters.”

The U.S. House’s passage of the $19.1 billion disaster relief package, which was passed by the Senate last month, drew swift reactions from a number of Congressional lawmakers that mostly urged Trump to sign the measure.

The final package includes funding for the Florida Panhandle following the devastation from Hurricane Michael, more than $1.2 billion to rebuild Tyndall Air Force Base, said Sen. Rick Scott, who has been lobbying to help Puerto Rico get funding.

“Unfortunately, if there’s one thing I’ve learned in the five months I’ve been up here, it’s that Washington is broken. Our communities are hurting, and this process took way too long,” he added.

“Political games were more important than helping Americans, and that’s wrong. But I’m glad it finally got done. Once the President signs this bill, our communities will finally get the resources they need to continue rebuilding their lives and their communities,” Scott said.

Meanwhile, Rep. Nydia M. Velázquez (D-NY,) expressed relief that “Republicans finally saw reason and allowed this badly needed aid to move forward, it is shameful that it took so long to approve emergency assistance the House approved months ago.”

“The funding included for Puerto Rico in this bill is desperately needed for our fellow citizens who have suffered tremendously for so long,” she said. “Puerto Rico still has a long distance to travel in recovering not just from the 2017 hurricanes, but also from years of economic neglect.”

In coming months, Velázquez said she will be working with colleagues on legislative items to address poverty and economic development in Puerto Rico, healthcare disparities affecting the Commonwealth and modernization of the island’s energy systems.

U.S. Congressman Darren Soto (FL-09,) who earlier this year submitted a bill to get Puerto Rico incorporated as a state, also praised Congress for putting “politics aside” and passing the relief bill.

“I’m proud Congress has put politics aside and finally came together in a bipartisan, bicameral fashion for much-needed disaster relief for Florida, Puerto Rico, and Americans across the nation,” he said.

“The U.S. House already passed legislation in January approving funds. It took the ‘Do Nothing Senate’ four months to pass their bill, followed by sabotage of three heartless House Republicans delaying the vote for 10 days, for this bill to make its way to the President’s desk,” he said.

“We urge immediate delivery of these funds that will support our Florida Panhandle communities, help rebuild our Military Air Force Base, assist farmers and ranchers, restore coastal infrastructure, and funds the Nutrition Assistance Program and infrastructure repairs for Puerto Rico,” said Soto.

Finally, Elizabeth Gore, senior vice president of political affairs for the Environmental Defense Fund, said, “This aid package is a step in the right direction and shows Congress’ resolve to provide Puerto Rico with the funds it urgently needs to rebuild resiliently.”

“While more needs to be done for the island’s communities and families as they get back on their feet, the opportunity to build on this momentum is clear: we must create a pathway based on renewable energy as a pillar for Puerto Rico to grow and thrive long into the future,” she said.