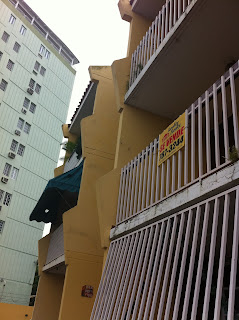 In the first three months since the launching of a government program to boost housing sales, some 10,640 units have been sold, representing more than $1.4 billion in economic activity, Housing Financing Authority officials said over the weekend.

Of the properties sold, only 20 percent, or nearly 2,200 units, were new construction, a segment the government was looking to boost through the program launched Sept. 1. The remaining sales were of existing properties, according to HFA data.

The program, which ends June 30, 2011, grants participants money to cover downpayment costs for new and existing properties, as well as incentives for the acquisition of second homes. Nearly 2,500 second mortgage transactions were completed through Nov. 30, worth some $33.5 million. These transactions are included in the global housing sales figure.

When the stimulus package was launched three months ago, it pursued the goal of helping the island’s real estate and development industries move property sales, which have been pretty much stagnant for the better part of the last five years.

The goal was to clear out some 20,000 vacant properties available throughout the island, and spanning different price points. So far, it appears as though at least half of those properties have new owners. The average sales price for sold properties has been about $134,000, according to the HFA’s numbers.

According to Planning Board statistics, some 38,000 new housing units were built between 2006 and 2008, many of which remained vacant for years due to the economic downturn and its effect on consumer buying power. This year, housing development executives have said, has been the worst for housing sales.

Year-over-year improvement
The HFA’s data shows that as a result of the housing stimulus package, total unit sales have improved an average of 19 percent during the September-November trimester, in comparison to the same period in 2009. Sales of new properties — which are included in the overall results — have also performed positively, with a 36 percent increase in sales, the data shows.

The next step for the HFA is to pursue stateside buyers and investors, through a tour of several cities marked by high Hispanic populations that starts in January.