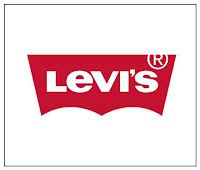 Iconic jeans manufacturer Levi’s is making its debut in the Puerto Rico market with the opening of its first two outlet stores, at the Route 66 Outlet Mall in Canóvanas and Prime Outlets in Barceloneta.

Although company officials refrained from providing details about their entrance into the local retail market — size of the stores, job creation and investment — on its Web site, Levi’s has posted several job openings, seeking an area manager, sales supervisors and store managers. Included in the job description for area manager — up since Monday — is the responsibility of overseeing “six or less” stores on the island.
Justin A. Tirri, executive vice president of The Outlet 66 mall, confirmed Friday that the 3,500 square-foot Levi’s location is scheduled to begin operating in January. Furthermore, he said that after Liz Claiborne leaves the mall in January, three new tenants will move into the space — Aeropostale, Puma and Gymboree.
Since its birth in 1873, the Levi’s brand has epitomized classic American style. According to the company, which has presence in more than 110 countries, its jeans “have become the most recognizable and imitated clothing in the world.
This is the second stateside retailer to announce growth plans that include the island. Earlier this week, casual footwear maker Crocs officially introduced its two new stores in Plaza Las Américas in Hato Rey and Plaza Carolina, in that town. The stores are creating a combined 40 new jobs.
Author Details