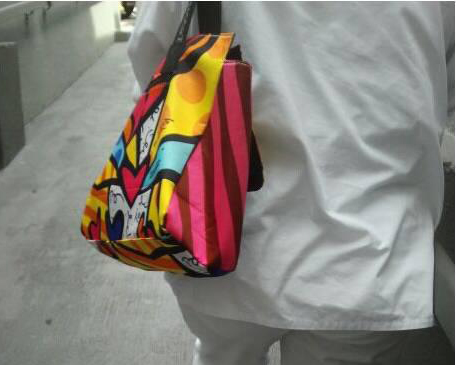 Artist Romero Britto is taking is fight to court to eliminate counterfeits from the P.R. market. In a hearing at the U.S. District Court Thursday, Judge Gustavo Gelpí granted Britto Romero’s request for a preliminary injunction to ban the sale of counterfeit products bearing his colorful artworks.

The decision responded to an urgent request presented by Britto and his legal defense, headed by trademark attorney Dora Peñagarícano, of the McConnel Valdes law firm. On Aug. 31, Britto sued about 200 local wholesalers and retailers for copyright and trademark infringement, as News is my Business first reported.

Because the group of defendants was so significant, the judge split it in two, to address all of them individually.

“My advise to you is that you contact the plaintiff’s attorneys as soon as possible and reach a settlement agreement, because otherwise, you are facing a fine of between $50,000 and $350,000 each,” Gelpí said, speaking to the defendants directly during the morning hearing, urging them to avoid a court case.

Meanwhile, Peñagarícano told News is my Business that she and the plaintiffs are “completely satisfied” with Gelpí’s actions Thursday.

“The judge issued the preliminary injunction and told the defendants that they are not allowed to sell the fake merchandise,” she said. “We can’t do anything about what was sold already, but we don’t want them to sell anything else they may still have.”

She said a number of defendants who appeared in court today said they would be handing over whatever remaining Britto merchandise they had in stock.

Among other things, Gelpí asked the attorneys to provide a progress report every 15 days on the number of defendants that have reached an agreement, Peñagarícano said.