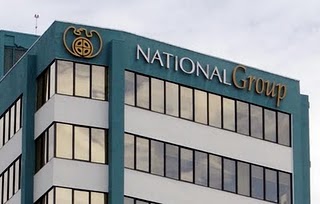 Despite the fact that the San Juan Superior Court placed National Insurance Corp. under trusteeship this week, the company’s interim management is giving employees and affiliated insurance agencies a positive outlook on the situation.

A source close to the operation told News is my Business that court-appointed trustee José Mendoza has told employees and affiliated insurance providers that the task at hand is to reduce expenses at NIC, which has been experiencing significant losses in the last three years, but that liquidation is not an option for now.

However, since then, Insurance Commissioner Ramón Cruz, who worked at NIC from 2001 to 2007 and spent a portion of that tenure as company president, has failed to talk publicly about the rehabilitative measure or respond to repeated media requests for information.

The court-ordered action, which also appointed the trustee, gives NIC time to reorganize its administrative structure and attempt to return to profitability, a process that could take more than a year.

“Today [Friday] we were told that the company will not need to be liquidated, as has been reported, because National has a good business volume and growth potential,” said the source, who spoke under the condition of anonymity.

“Basically, the volume was there, but the money that came in was being mismanaged. That’s what we were told,” the source noted. “For now, the strategy is to address the fear and uncertainty that this situation has created.”

NIC was founded in 1961 by executive Carlos M. Benítez and is part of National Group, a financial group of companies dedicated to the life insurance, premium finance, information systems, and claims handling businesses. The second-generation Carlos M. Benítez was one of several NIC executives the court order forced out of the company.

Carlos M. Benítez Inc. is a general insurance brokerage firm founded in 1955, a scant few years before NIC, which generates the bulk of its business from its relationship with National Group. Because of its close business ties, the source said it is likely that Carlos M. Benítez Inc. could undergo an “image change and, possibly, a name change, so that it is no longer associated with them.”

The hidden reason for lack of insurance payments after Hurricane María
Contributor June 10, 2019

The hidden reason for lack of insurance payments after Hurricane María