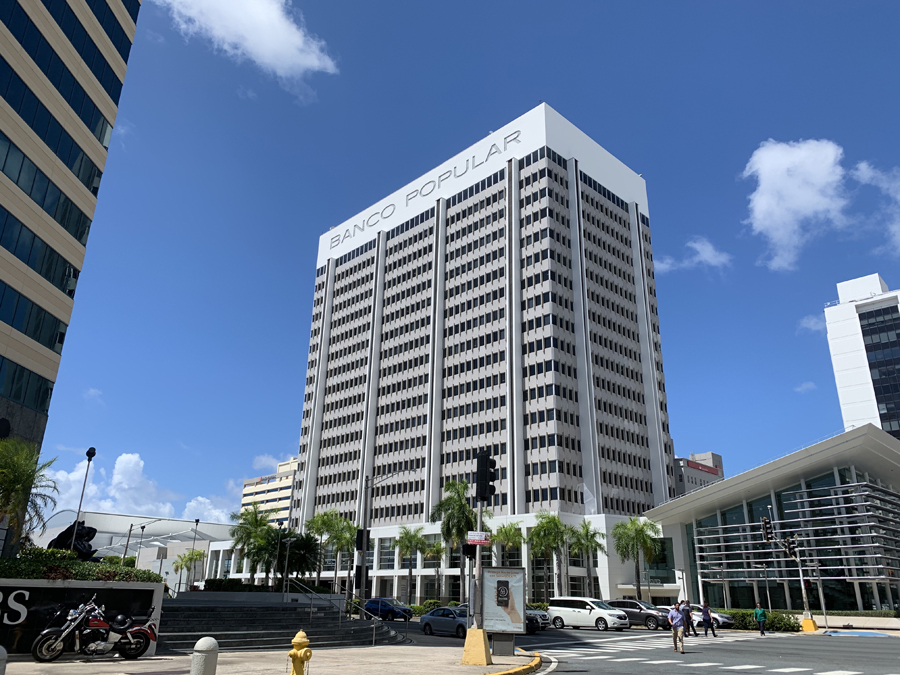 Employees will receive additional information regarding this development in coming weeks.

“We got off to a strong start in 2021, earning $262.6 million in the quarter, and are optimistic about the economy and our opportunities for the remainder of the year,” said Popular Inc. CEO Ignacio Álvarez.

The bank’s results include a benefit in the provision for credit losses of $82.2 million due to an improving macro-economic environment and lower credit losses.

“Even after the benefit, our allowance for credit losses stands at $800 million or 2.75% of loans-held-in-portfolio. Our capital levels remain strong, which, as evidenced by the recently announced capital actions for 2021, allows us to meet the needs of our customers as we prudently return capital to our shareholders,” Álvarez said.

In a call with members of the local press corps, the banking chief said the institution experienced growth despite the challenging circumstances posed by the COVID-19 pandemic and the ensuing restrictions that have been somewhat loosened in recent months.

The bank approved 42,000 loans totaling $1.9 billion in both PPP rounds. In round two, it has originated nearly 13,000 loans valued at $478 million. Of the loans originated in the first funding round, close to $650 million, or 46%, have been forgiven as of the end of the first quarter.

While the 26,834 loans approved during the first round last year averaged about $43,000, current disbursements — which are opened to smaller businesses and individuals — are averaging $36,000 per loan, Álvarez said.

Meanwhile, the banking executive confirmed that Popular achieved a “record level of deposits,” reported at $58.7 billion for the quarter ended Mar. 31, 2021, up by $1.9 billion from the prior quarter ended Dec. 31, 2020.

“This increase was mostly seen in Banco Popular de Puerto Rico’s commercial and retail segments,” he said, adding that it covered 69% of deposits in the first quarter through digital channels.

The bank added 12,000 new customers during the quarter.

Speaking on Puerto Rico’s current panorama, Álvarez said “for the first time in a long time, I feel optimistic about the economic perspective,” noting a growth in new car sales, cement sales and the prospects of an influx of new Hurricane María-recovery funding that will account for “several good years ahead.”