Tax season boosts Treasury collections to $1.2B in April 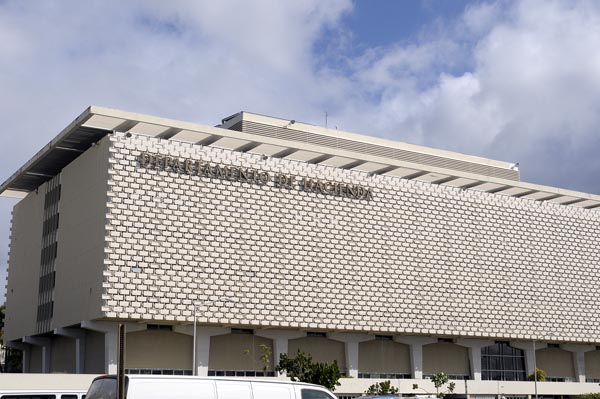 Corporate income taxes were the main revenue driver in April, with $409.2 million in collections, a year-over-year increase of $32.5 million, or 8.6 percent, representing 31.9 percent of total revenues for the month, and exceeding revised estimates by $69.7 million.

A majority of corporate income tax revenues are collected in April, as most corporations’ returns, as well as the first estimated tax payments for the tax year, are due in April.

Individual income taxes were another important revenue category, with $302 million in collections, a $57.4 million year-over-year decrease. One of the reasons for this decrease is that collections in April 2015 included $29 million in non-recurring revenues from special laws, agency Secretary Juan Zaragoza said.

April 2016 Sales and Use Tax (IVU, as it is known in Spanish) revenues totaled $207.9 million, $87.8 million above April 2015 receipts. The difference is the result of the increase in the state SUT rate to 10.5 percent from 6 percent and the 4 percent tax on designated business-to-business and professional services (known as B2B.) B2B collections totaled $12.6 million in April. IVU revenues were allocated as follows: $197.7 million to the General Fund; $9.9 million, or 0.5 percent, to the Municipal Administration Fund; and $270,000 to the Film Industry Fund.

Meanwhile, in April, the category known as “other” registered a $130.8 million decrease. This difference is the result of revenues in April 2015 that were non-recurring this year. Act 44-2015 allowed the pre-payment of a special tax on certain transactions. These transactions included a pre-payment, at a reduced rate of 5 percent, of taxes on corporate dividends for future distributions of accrued benefits and profits. Revenues from pre-paid taxes on dividends, which are classified under the category of “other,” were $111 million in April 2015.

Zaragoza said based on revenue behavior up to April, estimates included in the revised $9.29 billion budget for FY 2016 are expected to be met.