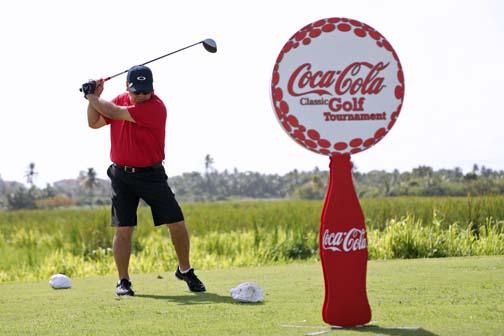 The proceeds from this year's golf tournament will benefit 13 nonprofits. The proceeds from this year’s golf tournament will benefit 13 nonprofits.

Coca-Cola Bottlers Puerto Rico celebrated the 10th edition of its Coca-Cola Classic Golf Tournament, which raised $500,000 that will be split among 13 island nonprofits, the company announced

“Year after year, we set out to exceed our previous goal and to impact more organizations,” said Brenda Sevillano, corporate controller for Coca-Cola Bottlers Puerto Rico and organizer of the event, adding last year’s tournament raised $450,000 for charity.

“Through the event, we have managed to contribute more than $2 million to organizations that provide services to communities and the environment. It is our interest to continue supporting and contributing to organizations that impact our island,” said Sevillano, adding the funds collected come from tournament registrations and actions held during the event.