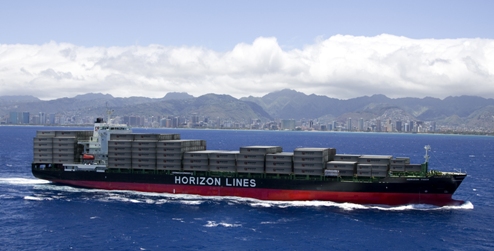 The U.S. Government Accountability Office released Wednesday a lengthy report assessing the impact of the Jones Act on Puerto Rico’s economy, saying, among other things, that the effects modifying the application of mandate “are highly uncertain, and various trade-offs could materialize depending on how the Act is modified.”

In the report, which local government authorities requested in May 2011, the GAO concludes there are several areas where Jones Act-qualified bulk cargo vessels are not available to meet the legitimate economic needs of individuals and businesses in Puerto Rico, namely with respect to the maritime transportation of energy supplies, agricultural inputs and commodities, and other products from the U.S. mainland.

Puerto Rico depends heavily on maritime transportation to move goods to and from the island. As in other non-contiguous areas of the United States that rely upon maritime transportation, whether they are states or territories, there is a vigorous debate in Puerto Rico on the question of whether the Jones Act raises the cost of domestic shipping and harms the island’s economy.

The GAO report’s findings triggered an immediate response from Resident Commissioner Pedro Pierluisi, who said Wednesday he intends to introduce legislation to “relax the Jones Act to enable the shipment of natural gas and other fuel products from the U.S. mainland to Puerto Rico, thereby reducing the cost of electricity, improving air quality, and making Puerto Rico a more attractive place to raise a family and conduct business.”

In addition, Pierluisi will introduce legislation to “relax the Jones Act to provide economic relief for Puerto Rico’s farmers and ranchers, enhancing their ability to purchase agricultural inputs and commodities that are not available in Puerto Rico from the U.S. mainland rather than effectively limiting them to importing those products from foreign countries.”

He has not ruled out introducing additional legislation on this matter down the road, after further study of the report and consultation with stakeholders.

“Jones Act requirements have resulted in a discrete shipping market between Puerto Rico and the United States,” the agency said. “Four Jones Act carriers that provide dedicated, scheduled weekly service using containerships and container barges carry most of the cargo shipped between the United States and Puerto Rico.” Resident Commissioner Pedro Pierluisi will file legislation in response to the GAO’s findings.

What the GAO found
In its 41-page report, the GAO found that freight rates to transport goods to and from Puerto Rico are determined by a number of factors, including the supply of vessels and consumer demand in the market, as well as costs that carriers face to operate, some of which are affected by Jones Act requirements.

“The average freight rates of the four major Jones Act carriers in this market were lower in 2010 than they were in 2006, which was the onset of the recent recession in Puerto Rico that has contributed to decreases in demand,” the GAO said.

Foreign-flag carriers serving Puerto Rico from foreign ports operate under different rules, regulations, and supply and demand conditions and generally have lower costs to operate than Jones Act carriers have.

“Shippers doing business in Puerto Rico that GAO contacted reported that the freight rates are often — although not always — lower for foreign carriers going to and from Puerto Rico and foreign locations than the rates shippers pay to ship similar cargo to and from the United States, despite longer distances,” the agency said, admitting it lacked data needed to validate the examples given or verify the extent to which this difference occurred.

“According to these shippers, lower rates, as well as the limited availability of qualified vessels in some cases, can lead companies to source products from foreign countries rather than the United States,” the GAO report noted.

“Under a full exemption from the Act, the rules and requirements that would apply to all carriers would need to be determined. While proponents of this change expect increased competition and greater availability of vessels to suit shippers’ needs, it is also possible that the reliability and other beneficial aspects of the current service could be affected,” the report stated.

Furthermore, because of cost advantages, unrestricted competition from foreign-flag vessels could result in the disappearance of most U.S.-flag vessels in this trade, having a negative impact on the U.S. merchant marine and the shipyard industrial base that the Act was meant to protect, the government agency said.

Instead of a full exemption, some stakeholders advocate an exemption from the U.S.-build requirement for vessels. But according to proponents of this change, “the availability of lower-cost, foreign-built vessels could encourage existing carriers to recapitalize their aging fleets (although one existing carrier has recently ordered two new U.S.-built vessels for this trade), and could encourage new carriers to enter the market.”

However, as with a full exemption, this partial exemption could also reduce or eliminate existing and future shipbuilding orders for vessels to be used in the Puerto Rico trade, having a negative impact on the shipyard industrial base the Act was meant to support, the GAO concluded.

Maritime Alliance weighs in
Upon analyzing the GAO’s report, members of the Puerto Rico Maritime Alliance said it confirmed that the Jones Act has not resulted in increased rates or prices passed on to island consumers.

“The GAO study also found that for the past 20 years maritime freight fees have declined significantly while consumers have enjoyed a safe, reliable service,” said José Nazario, secretary of the trade group. “It also validates that the Law reinforces national security.”

The economic importance of the GAO study is its attention to detail, and comprehensive analysis performed by an independent and respected government agency, he said.

Meanwhile, Eduardo Pagán, treasurer of the Martime Alliance said, “if changes were made ​​to the Law, there’s no guarantee in a reduction in freight.”