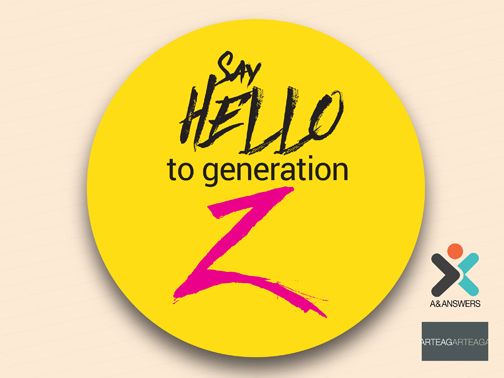 The study concluded that Generation Z’ers are “primed to become the dominant youth influencers of tomorrow." The study concluded that Generation Z’ers are “primed to become the dominant youth influencers of tomorrow.”

Puerto Rico’s “Generation Z,” those born after 1995, aspire to earn a college degree, be self-employed, and favor quality of life and experiences over money, according to the findings of a study revealed Tuesday by A&ANSWERS, the research branch of local advertising/marketing agency Arteaga & Arteaga.

“Generation Z: Perspective and Understanding” provides a comprehensive look at the behavior, culture and trends that shape this up-and-coming generation in Puerto Rico. The study sheds light on how Generation Z is already making waves in how brands market their products and services.

The study found that while 92 percent of Generation Z Puerto Ricans (Zers) see themselves earning a university degree, 54 percent look forward to being self-employed, in stark contrast to the “company man” career mentality of Generation Xers and Baby Boomers. Those on the older end of the Generation Z spectrum would prefer to remain on the island, while younger people have no qualms about leaving to the country to pursue their careers.

When it comes to visualizing their dream job, the common denominator is quality of life and experiences over money. A good salary is not as strong an incentive as a work environment that is inclusive, creative, and socially responsible, with continuing education programs and flexibility in regards to work hours. “Me time” cannot be compromised, the study showed.

Socially, Generation Z’s concerns differ from those of previous generations. Fifty percent expressed concern about bullying, followed by 48 percent worried about global warming, 44 percent troubled by human trafficking, 35 percent distraught by the economic situation in Puerto Rico, and 35 percent concerned about immigrant rights. Issues such as same-sex marriage, which is still controversial among previous generations, seem inconsequential, a normal part of life and a constitutional right.

“As communications and marketing professionals, it is our duty to stay up to speed on current consumer attitudes and trends. This knowledge helps us foresee what’s next in terms of the cultural zeitgeist and better understand the mentality of those that are a part of it,” said Juan Alberto Arteaga, vice president of strategy and new business development at Arteaga & Arteaga.

“This is instrumental in the process of creating effective brand messaging strategies that resonate with today’s and tomorrow’s consumers,” he said.

“As this study shows, Generation Z is a fascinating group that is unique in many ways and therefore presents an interesting set of communicational challenges,” Arteaga added.

The study confirmed, unsurprisingly, that the mobile device, especially the smartphone, is the single most important item in the life of a Generation Zer, followed by the car (14 percent). However, the primary uses for their mobile phone are: 10 percent for actually talking, 44 percent for messaging (SMS, WhatsApp, etc.), and 23 percent for social networking, the main platforms being YouTube (85 percent), Snapchat (80 percent), Facebook (78 percent) and Instagram (73 percent).

Generation Z has also given a new twist to TV usage. For example, only 27 percent watch local, cable and streamed programming on TV, while 25 percent use the TV strictly for viewing programs on Netflix, Hulu and other streaming services. 11 percent watch only U.S. or international programs; 7.0 percent watch local TV, and 11 percent do not even watch TV.

The study also shows that 32 percent of people in this age group rely on social media posts, 29 percent on traditional media outlets in digital format, and 15 percent from TV news programs. It may seem worrisome that 20 percent claim that they cannot be bothered with staying on top of current affairs.

In Puerto Rico, Generation Z makes up approximately 15 percent of the population, young people who will soon become influential consumers and productive members of society. The study, which was carried out by B-CREATIVE, an elite group of university student interns completing credit hours at Arteaga & Arteaga, surveyed members of Generation Z across the island: More than 650 people between the ages of 12 and 17 (62 percent of those interviews) and 18 to 21 (38 percent). The main areas of interest focused on the individual’s aspirations/perceptions, attitudes, brands, and media use.