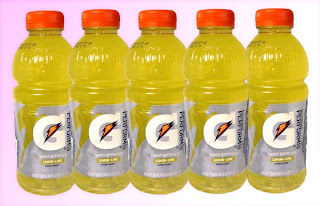 The Dominican Republic’s powerful Grupo Corripio this week inaugurated a new $20 million Gatorade bottling plant that will supply the beverage to the rest of the Caribbean, including Puerto Rico.

The new operation is the result of an agreement between Grupo Corripio and PepsiAmericas, which for the past five years had produced its Gatorade energy drinks at Procesadora Campofresco in Santa Isabel.
However, the move to the neighboring island nation was planned and will not represent a blow to the local company, which will continue to produce fruit juices and tea drinks for PepsiAmericas, Campofresco President Julio Méndez said.
“This was PepsiAmericas’ strategy, to move isotonic drink production to the Dominican Republic and leave juices and teas here,” said Méndez.
CampoFresco has been producing drinks for PepsiAmericas since January 2006, when the global manufacturer chose the local company to begin producing all of its non-carbonated drinks, including Gatorade, Tropicana, SoBe, Snapple, and Lipton — for local market consumption as well as export. Campofresco also produces a full line of cranberry juices for Massachusetts-based Ocean Spray.
Meanwhile, Grupo Corripio — one of the Dominican Republic’s largest private companies — has a network of operations involving a number of sectors, aside from food distribution. Some of its best-known and most profitable investments are in the mass media industry and include the newspapers Hoy, El Nacional, and El Día, as well as television channels Tele Antillas and Telesistema.
The company was founded in 1917 and currently employs some 11,000 people in the Dominican Republic. The group also runs Fundación Corripio, which collaborates in developing a wide variety of objectives and programs related to cultural diffusion.
The new Gatorade plant is located in the Dominican Republic’s Haina Industrial sector, and is touted as being the “most modern and ecological in the Caribbean.” For one thing, its boiler system uses natural gas, which ensures a saving of up to 49 percent in energy, and it houses a modern water treatment plant, El Nacional newspaper reported.
The state-of-the-art plant will have the capacity to fill 500,000 bottles a day, company officials said during the inauguration ceremony that drew the participation of Dominican President Leonel Fernández and other high-ranking government representatives.
Author Details