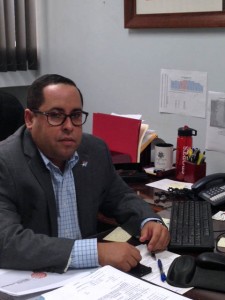 A collaboration between Puerto Rico and the U.S.-based Medical Tourism Association is the opening salvo in the island’s newly announced strategy to develop medical tourism as a vital economic sector.

The stateside group has been contracted to certify professionals and facilities involved in the island’s medical tourism industry, Francisco Bonet, executive director of the Puerto Rico Medical Tourism Corp., told News Is My Business.

The Puerto Rico government turned to MTA because of its international expertise in certifying healthcare facilities, Bonet said.

MTA, which will set up a local office, works with healthcare providers, governments, insurance companies,employers and other buyers of healthcare “to provide high quality transparent healthcare,” according to its website. It also offers educational training, certifications and other programs.

Bonet expects the first certifications to be handed out by December.

The formal announcement of the collaboration will be made by Puerto Rico and MTA officials next Tuesday, Sept. 23, in Washington, D.C., in conjunction with the 7th World Medical Tourism & Global Healthcare Congress, the world’s largest medical tourism event. It kicks off in the nation’s capital city on Sept. 20 and runs through Sept. 24.

The group of Puerto Rico officials is headed by Economic Development and Commerce Secretary Alberto Bacó, who, additionally, will be the main speaker at a luncheon at the Global Healthcare Congress on Sept. 22.

His speech will spotlight Puerto Rico’s latest initiative to boost its troubled economy by attracting more medical tourists to the island.

The García-Padilla administration is eager to advance medical tourism because of its economic potential in generating revenue and creating jobs.

Officials recently announced a formal plan to promote this sector through certification of facilities involved in medical tourism, incentives and promotional campaigns targeting the U.S. and the Caribbean.

Hospitals and hotels seeking certification would be required to meet all federal standards while professionals would need to show they are bilingual and have the skills to handle international patients.

Although it competes with many medical tourism destinations around the world, Puerto Rico is ideally positioned to be the go-to destination for patients who want to save money but expect to receive medical care under the same strict requirements and high quality standards as in the U.S.

For one, the island is just a few hours of travel time away from the mainland and there are no passport requirements. Healthcare facilities are bound by the same stringent standards as their stateside counterparts.

The island also has a hedge in pricing: Medical procedures are between 40 and 60 percent less expensive than on the mainland.

The island’s medical tourism currently generates between $75 million to $100 million a year but the government’s new strategy hopes to push those numbers up.

Bonet said the goal is to generate up to $250 million in revenue and create 3,000 new jobs over the next three years.

The Medical Tourism Corp. has hired Milestone Communications to work on a medical tourism campaign. No details were available on the worth of the contract nor the amount to be spent on the campaign.