PRT extends ‘Claro’ brand to all of its consumer services 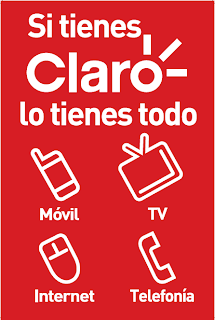 The familiar Puerto Rico Telephone and DMAX brands — through which PRT offered its telephone and Internet services, respectively — are being phased out on the consumer level, to be unified under the the ‘Claro’ name, the carrier announced Monday.

The move comes four years after Mexican telecommunications giant América Móvil, whose flagship brand throughout Latin America is ‘Claro,’ bought PRT for $1.8 billion. The appearance of the moniker in the local market was almost immediate, as it was applied to PRT’s wireless service division two months after the company took over in March 2007.

In a brief statement, PRT officials said the ‘unification of brands’ is already underway, starting with adding the fixed DMAX Internet service to Claro’s existing wireless broadband and Internet services. The same will happen with the residential service currently offered under the PRT name.

“During the past four years, Claro has managed to position itself as a leader in mobile communications in Puerto Rico. We’ve won the consumer’s trust with the reliability and power of our networks, commercial offers and a unique customer service concept,” said Claro President Enrique Ortíz de Montellano. “The integration of all of the services under the Claro brand is a natural step within the dynamic telecom industry’s ongoing development and innovation.”

As part of the transition, Claro is launching a multimedia campaign under the slogan “If you have Claro, you have everything,” targeting individual consumers.

The company noted that Puerto Rico Telephone will remain as the company’s legal entity, through which it will continue serving commercial and government clients.