PRT to save millions in operational costs due to FCC decision 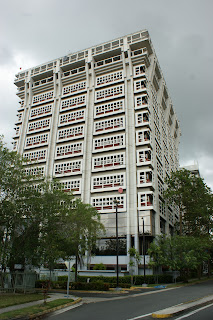 Puerto Rico Telephone recently scored a regulatory victory that will produce millions in operational savings, as a result of a Federal Communications Commission decision regarding the way the carrier offers long distance services.

In an extensive decision released about a week ago, the FCC granted PRT’s request to allow it to provide long distance services without having to go through a separate corporate affiliate, in this case, Puerto Rico Telephone Larga Distancia Inc.
In sum, PRT asked the FCC for permission to simplify its local and long-distance operational structure by streamlining accounting and making more efficient use of its network to provide calling services on and off the island. It remains to be seen if any jobs will be affected as a result of the convergence.
“The increased efficiency that results from integrated operations together with the availability of less costly, alternative safeguards convince us that it is consistent with the public interest,” to approve PRT’s petition, the FCC said in its decision.
One-time savings of $16.5 million
In its petition filed in January 2010, PRT claimed that by doing away with the separate corporate entity, it would be able to achieve a $16.5 million one-time saving in the elimination of costs related to operating a communications switch and the payment of local taxes. The company claims it will also save another $350,000 annually.
“Given the impact that a decrease in PRT’s operational efficiency may have on efforts to maintain and increase telephone subscribership in Puerto Rico, it does not serve the public interest to impose these costs and burdens if we may soon conclude that they ultimately will not be applicable,” the FCC said.
It is not clear yet if the company will pass on the savings to its customers in the form of reduced per-minute, long-distance rates.
Conditioned approval
However, the company will have to comply with FCC conditions to protect consumers and competition from unfair pricing and practices, especially since PRT is the island’s incumbent carrier.
Included in those conditions are several that directly relate to consumers — “offering of calling plans to protect residential customers who make few interstate, long distance calls; and providing monthly usage information to certain long distance subscribers to enable them to make cost-effective decisions concerning alternative long distance plans.
“We are concerned that PRT customers who make relatively few interstate long distance calls and who do not also subscribe to wireless or broadband Internet access service may have few competitive choices among interstate, long distance providers and may not be able to avoid the impact of a price increase by engaging in usage substitution,” the FCC said. “To address this concern, PRT has committed to offer rate plans tailored to these customers’ needs.”
Puerto Rico Telephone has been offering intra-island and offshore long distance services since the early 1990s and currently has plans in place that start at 5 cents per minute for calls to the U.S. mainland. The long distance service is also typically included as part of a package that often bundles local calling, Internet and — most recently — paid television.
The carrier — owned by Mexican telecom giant, América Móvil — has about 1.8 million customers on the island, split between fixed and wireless services.
In recent years, PRT has seen a significant erosion in its fixed line customer base, resulting from an ongoing migration toward wireless. Still, industry reports place its revenue at about $1.2 billion and $222.6 million in sales for fiscal year ending December 2008.