Valentine’s Day weekend shaping up as profitable for retailers 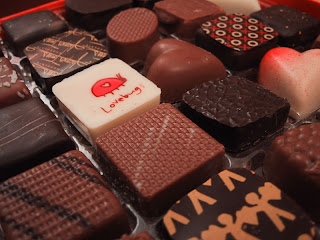 If predictions by the National Retailers Federation are on target, stores will be flooded with love-struck shoppers this Valentine’s Day weekend.

The Washington, D.C.-based trade group is predicting that $15.7 billion in flowers and chocolates — and of course, jewelry — will fly off the shelves in what is expected to be the first major shopping holiday of 2011.

For Puerto Ricans, it is the second, as islanders kick off their new year’s shopping during the first week of January to celebrate the Three Kings holiday. Still, it is estimated that island consumer spend close to $80 million a year in Valentine’s Day gifts.

The study, for which NRF commissioned consumer trend firm BIGresearch, revealed that the average person will shell out $116.21 on traditional Valentine’s Day merchandise this year, up 12.8 percent over last year’s $103.
“Having surpassed expectations during the holiday season, it seems consumers are not done spending on gifts, which bodes well for the economy,” said NRF President and CEO Matthew Shay. “Jewelry, candy and apparel sales should provide a nice boost for retailers during the typically slower months of January and February.”
The study — which surveyed some 8,900 consumers during the first week of January — shows that this year, couples will spend an average of $68.98 on their significant other or spouse, up about 9 percent from the $63.34 rung up last year.
In terms of what sells, greeting cards are still the most popular gift options, with more than half of all shoppers expected to pick one up this year. At least 17.3 percent of shoppers confirmed they will be buying jewelry for their loved ones, up a few percentage points from the 15.5 percent last year. In all, consumers will reportedly spend $3.5 billion on jewelry this Valentine’s Day, up from an estimated $3 billion last year
As usual, men are expected to spend more than women on gifts, or about twice as much, NRF said.
“Though the economy will still be on their minds, Valentine’s Day holds a special place in many Americans hearts,” said Phil Rist, Executive Vice President, Strategic Initiatives, BIGresearch. “Some may opt for a quiet night out or a home cooked meal to keep costs down, but it seems there are others who are a little more interested in a nice night on the town.”