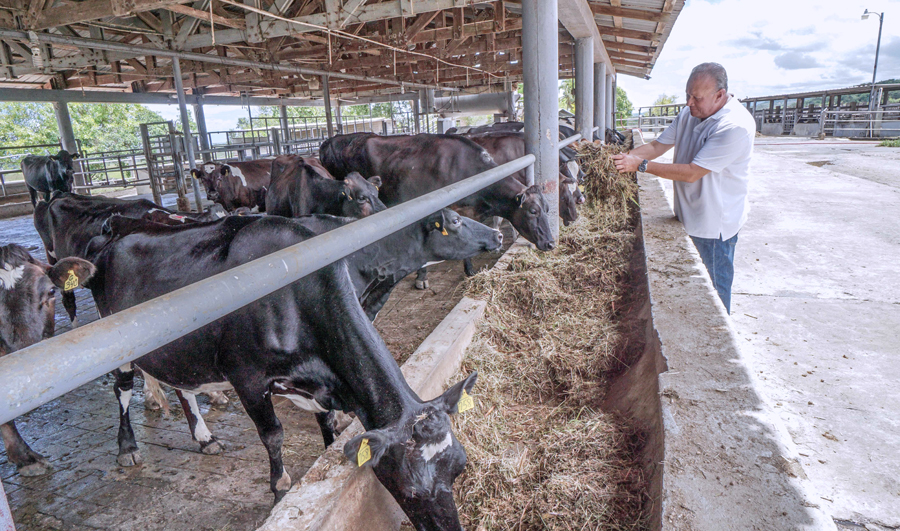 The funding will benefit new farmers and ranchers in Puerto Rico.

The Puerto Rico Agriculture Department has earmarked $500,000 to provide vouchers to 260 farmers to help them cover additional expenses brought on by the drought.

The incentive will cover the agricultural regions of Caguas, Ponce and San Germán — which cover 15 towns combined — specifically for the purchase of maintenance feed (known as bulky) for cattle, goats and sheep.

“Due to the drought that some municipalities are experiencing, the cattle are not grazing naturally and are mainly feeding on forage or hay,” said Gov. Wanda Vázquez, upon announcing that the Agriculture Department, through the Administration for the Development of Agricultural Companies (ADEA, in Spanish), has established an emergency program to mitigate the effect of the drought.

Eligible ranchers must present evidence at the regional offices that serve the farm where the livestock is located, in addition to providing an inventory of animals on the farm, Agriculture Secretary Carlos Flores-Ortega said.

“Priority will be given to farmers who are members of the Beef Promotion Fund, the Small Animal Industry and Livestock Farmers Promotion Fund, and of the Milk Industry Regulatory Office,” Flores-Ortega said.

Small animal farmers will get 100 pounds of concentrated feed for every two animals, up to 200 adult animals that are four months or older, per applicant, for a total of $1,000 per farmer.

Applications will be accepted until Aug. 31, 2020, government officials said.