Dunkin' Donuts established itself in Puerto Rico in 2001 and closed in October 2014. 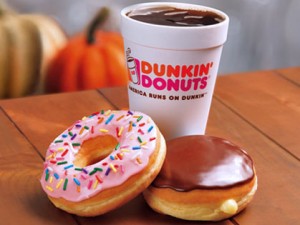 Dunkin’ Donuts established itself in Puerto Rico in 2001.

More than 13 years after establishing itself on the island, Dunkin’ Donuts is pulling out of the Puerto Rico market, closing its 18 locations on the island that were operated by franchisee Wometco Donas Inc., this media outlet confirmed Wednesday.

“Earlier this year Dunkin’ Donuts filed suit to terminate the franchise agreement with Wometco Donas, Inc. The 18 Dunkin’ Donuts shops in Puerto Rico, all of which have been operated by Wometco, were ordered by the Federal Court to cease operations by Sunday, Oct. 5,” said Michelle King, senior director of global public relations for Dunkin’ Brands Inc.

“We apologize for any inconvenience this has caused our loyal guests. We are committed to Puerto Rico and we look forward to serving people on the island in the future. As this matter involves pending litigation, we are unable to comment any further,” she said.

In many cases, the donut shop was coupled with a Baskin Robbins location, which according to sources will not be affected by the closings.

Attempts to reach local Wometco executives were unsuccessful Wednesday. As as result, it remained unclear how many jobs will be lost as a result of the donut shop’s exit.