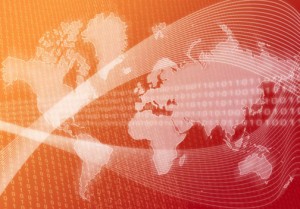 Puerto Rico slipped five notches to 41st place in this year’s World Economic Forum’s Global Information Technology Report, yet remains ahead of other countries in the region in terms of connectedness, local experts said Wednesday upon analyzing the results.

“Puerto Rico is experimenting a digital paradox,” said Francisco Montalvo-Fiol, who is responsible for providing data to the WEF about Puerto Rico.

Published under the theme, “Rewards and Risks of Big Data”, the report’s Networked Readiness Index (NRI) measures the capacity of 148 economies to leverage ICT for growth and well-being. It finds consistency at the top end of the rankings this year, with Finland (1st), Singapore (2nd), Sweden (3rd), the Netherlands (4th), Norway (5th) and Switzerland (6th) all retaining their positions from last year. The United States (7th) continues its upward trajectory, while Hong Kong SAR (8th) and the Republic of Korea (10th) both climb. The United Kingdom (9th) is the only nation in the top 10 to fall.

“The island placed 15th among the most active countries in terms of social media usage in the world, but lagged behind in terms of Internet penetration (59) and computers in the home (51),” he said.

Puerto Rico also suffers from bureaucratic problems, such as the average number of days to resolve a dispute (620), a clear government strategy for implementing information and communications technologies (73), and the quality of education in the sciences and mathematics (ranked 93 of 144 countries).

The private sector remains the main driver of ICT in Puerto Rico, which has the potential to successfully use technology to spur creative economic growht in sectors such as programming, video games, as well as cultural and recreational activities, said Ruth Hernández-Ríos, head of the communications department at the Inter American University in Bayamón.

The report also shows the existence of a digital divide amongst Latin American and Caribbean countries when it comes to adopting information and communications technologies. Uruguay (56), Colombia (63), Brazil (69), Trinidad y Tobago (71), Mexico (79), Ecuador (82), and Perú (90) are significantly behind the region’s leading countries.

“Although the region is diverse, improving connectivity continues to represent one of the major challenges despite recent efforts by many countries to develop and update their ICT infrastructure,” Montalvo-Fiol said.

One of the WEF’s conclusions stemming from the report is that little progress is being made in bridging the digital divide between technology savvy nations and others.

“In addition to the persistent digital divide across countries, governments should also be wary of understanding, identifying and addressing potential internal digital divides so that new opportunities can be created for all and support enhanced social inclusion,” said Beñat Bilbao-Osorio, senior economist at the WEF’s Global Competitiveness and Benchmarking Network and co-editor of the report.