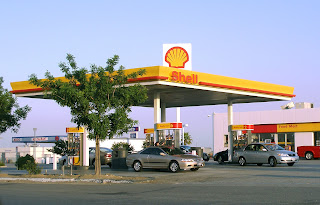 As the local price for gasoline approaches — and exceeds — 80 cents per liter at the pump, the Consumer Affairs Department on Thursday warned that it will get even more expensive to fill the tank in coming days.
During a news conference, Luis Rivera Marín, head of the agency known as DACO for its initials in Spanish, said the escalating cost per barrel — which is tickling the $100 mark — will likely translate into an increase of 6 cents more per liter at the local level.
However, he refrained from speculating on whether the conflict in Egypt will have an impact on the island’s fuel supply, which for the most part is bought from stateside gasoline companies.
“There will be not be a gap in the provision of fuel, more than half of the crude oil the U.S. receives (which then comes to Puerto Rico) is from Canada. We are watchful but the price remains stable (at just over $90 a barrel),” he said.
If the price of the barrel of crude oil jumps $10, then the price at local gasoline stations will increase to 85 cents per liter of regular gasoline. However, the DACO chief warned that the effects of such a hike would be felt 45 days after the fact, which is why the agency will be monitoring prices daily and issue an order to freeze profit margins if necessary.
Because the price of regular gasoline and diesel is not expected to drop any time soon, Rivera Marín issued a number of fuel-savings initiatives, such as avoiding loading up the vehicle with extra weight, prevent accelerating quickly, carpool whenever possible and map out the route of a trip ahead of time.
Author Details