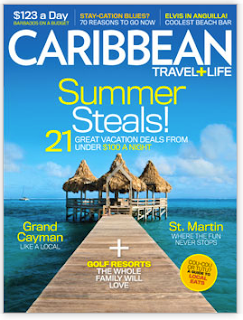 The readers of tourism industry trade publication Caribbean Travel & Life Magazine recently voted Puerto Rico as the “Caribbean’s most complete destination,” favoring it over Jamaica and St. John’s in the U.S. Virgin Islands to take the coveted distinction.

“With Puerto Rico’s triumph, we see the results of a team effort where the main challenge has been to generate awareness of the Island as the best destination in the Caribbean,” said Jiménez.


The PRHTA has worked for more than five years on generating articles for Caribbean Travel & Life several times a year highlighting family vacations, adventures on the island, culinary attributes and the market‘s target groups and conventions, among others, she said.

The result of this year’s “Best of Caribbean Readers’ Choice” awards placed Puerto Rico ahead of the other islands as a complete destination for several reasons: the variety of its islands; its beautiful beaches; the wealth of its traditions; cultural diversity; its fun and exciting nightlife; eco-natural offerings; its award-winning festivals and events; and especially the warmth of its people, the magazine noted.
“Your favorite island offers something for everyone: History buffs are captivated by Old San Juan, surfer dudes hang ten in Rincón, gastronomes revel in the island’s diverse culinary scene, and those who seek solitude find it in quiet corners of Vieques and Culebra,” Caribbean Travel & Life said in its description of Puerto Rico.
The publication bestowed a total of 24 awards, divided into categories. Voters also gave Puerto Rico honorable mentions in several other categories — best shopping destination, picking Old San Juan as the favorite spot to spend; best adventure destination; El Yuque as one of the Caribbean’s best natural attraction or park. Several hotels — the Rincón Beach Resort, the Caribe Hilton, El Conquistador Resort & Golden Door Spa  and the W Retreat & Spa in Vieques  — were also voted as some of the best places to stay in the region.
“This international recognition by the readers of renowned magazine Caribbean Travel & Life fills us with pride and confirms that our work and efforts are paying off to solidify Puerto Rico’s image as the most diverse destination and for it to undoubtedly become the Capital of the Caribbean,“ Tourism Company Executive Director Mario González Lafuente said.
Caribbean Travel & Life presented the island with its distinctions during the Caribbean Hotel & Tourism Association’s Caribbean Marketplace convention that took place in Jamaica Jan. 16-18.