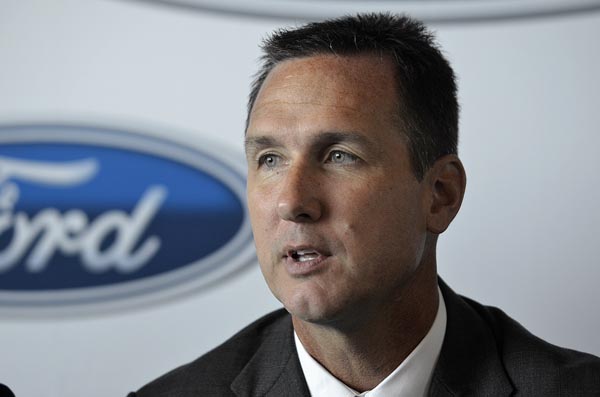 With a 20-year career at Ford, Mark Buzzell has been appointed managing director of Ford International Business Development Inc. for the Caribbean and Central America region, to which he will import his expertise in sales, marketing and service operations for the Ford and Lincoln brands.

He joined the 25-country Puerto Rico, Caribbean and Central American region about four weeks ago to continue developing the company’s strategy to retain its second place in the marketplace. The regional office has 15 employees and the operation of 36 dealers throughout its footprint.

During his first meeting with members of the local media Thursday, described his new professional challenge as “very exciting.”

“I’m finally joining the Caribbean and Central American team, one of the fastest-growing markets for Ford,” said Buzzell. “I count on a team of excellent professionals which are key to working with regional distributors and continuing with the Ford success in this region.”

During his brief four-week tenure, Buzzell has already visited Ford’s nine-dealership operations islandwide, “with the purpose of getting to know the people who serve our customers and make it happen at the retail level, as well as given me the opportunity to get to know the island.”

Buzzell succeeds Waldo Galán, who ended his tenure with the automaker several months ago, for undisclosed reasons. It is not clear whether Galán resigned or was dismissed from his position.

“In both instances, it comes down to providing great vehicles. Puerto Rican consumers see value and expect a great customer experience at the retail level,” he said. “And dealers have evidently made great investments to achieve that.”

The service center would join some 600 stores nationwide, as well as several in the Caribbean and Central American region, that provide maintenance service to all vehicle makes and models.

Depending on how that location performs, plans are to open at least one at or near every local Ford dealership, he said.

“Long term, we think this is a great market and that’s why we’re putting in a lot of resources into Puerto Rico,” he added.

Sales on track, electric vehicles on the map
Although Ford expects to finish the year with growth, the newly appointed executive acknowledged that local elections and the government’s embargo on purchases could somewhat hamper that projection. “Year-to-date, Ford has grown by 4 percent year-over-year, selling 265 units through August,” said Noelle de la Rosa, Ford’s regional operations manager. “For the full year, the industry is expected to break the 100,000 mark, which would make it the best year since 2007. There’s a lot of uncertainty, but a lot of momentum.”

At present, 47 percent of Ford’s local business is fleet sales, a large chunk of which is sold to the government.

“They put a limit on their buying before and after the elections so obviously that could impact the business for Ford looking ahead in the next six months,” he said.

Also in the pipeline is moving forward with the addition of more electric and hybrid vehicles to the lineup, taking advantage of the recently signed law that offers tax breaks and rebates to buyers, de la Rosa said.

That lineup includes the Ford Focus Electric, arriving for the first quarter of 2013, and the Fusion Hybrid.

“We hope to sell between 30 and 50 of the Focus Electric. The success of these vehicles will also depend on the infrastructure available to charge them, and Ford will be on board for that,” de la Rosa said.