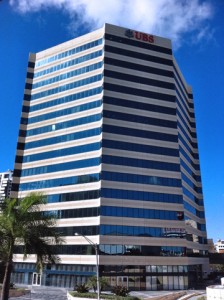 UBS Financial Services Inc. will be closing its Guaynabo branch and consolidating the operation with its Hato Rey headquarters effective Feb. 20, the company announced Wednesday.

In a letter to clients, the firm explained that “as part of this focus, and in keeping with sound management practices, we have recently conducted a review of our real estate in Puerto Rico.”

As part of the move, the financial advisors and staff currently based in Guaynabo will relocate to Hato Rey.

“Bringing our employees together in one location positions our client support teams more closely with our financial advisors and enhances our ability to provide you with advice beyond investing,” the letter noted.

Wednesday’s announcement is the latest in a string of changes UBS has been implementing in Puerto Rico since early last year. In December, UBS confirmed it would be cutting 40 out of 350 positions and predicted it could also close two of its five local offices.

This media outlet reported then that UBS would likely close its Guaynabo office, and could also shutter its Condado location.