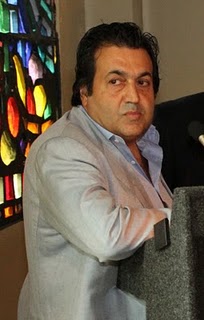 UASS is the parent company of American Cruise Ferries, which has invested $65 million to restart ferry service between the ports of San Juan and Mayagüez in Puerto Rico to the Dominican Republic.
At present, no stateside ferry service is authorized to Cuba, even though UASS is ready and willing to provide it and U.S. law permits it, company Chairman Daniel Berrebi said during his visit to Puerto Rico last month to announce the renewed service to the Dominican Republic.
During a news conference in San Juan earlier this year, Berrebi said the company is interested in launching ferry service from Miami and Puerto Rico to Cuba.
“The recent announcement that eight new U.S. airports – in addition to Miami – have been authorized to provide air service to Cuba highlights the preferential treatment given air over ocean passenger service,” Berrebi said, referring to an announcement U.S. Customs and Border Patrol made earlier this month.
Carolina’s Luis Muñoz Marín International Airport was also included in the very short list of airports authorized to fly to Cuba.
About a year ago, UASS filed for a license from the U.S. Treasury Department to operate a ferry service from South Florida to Havana. Although no decision has been made on the application, UASS officials believe the Treasury Department may issue licenses for a ferry service under the current rules that authorize both vessels and aircraft to provide carrier services to Cuba.
“There is a need and a desire for a ferry service to Cuba and it is fundamental to this country’s values that people be allowed that choice and that the government does not favor one element of the transportation industry over another,” Berrebi said.
Meanwhile, UASS President Joseph Hinson said there are four good reasons for the U.S. government to license ferry service to Cuba: “It is significantly cheaper, it is more comfortable and pleasurable, it is a preferable form of travel for the elderly, the infirm and family groups. Also, a ferry service is a vastly cheaper way for people to bring supplies authorized by U.S. law to relatives in Cuba.”
Robert Muse, a Washington, D.C. lawyer who specializes in U.S. laws relating to Cuba said the only thing holding back ferry service to Cuba “is a policy decision by the Obama administration in favor of ferry service.”
Author Details