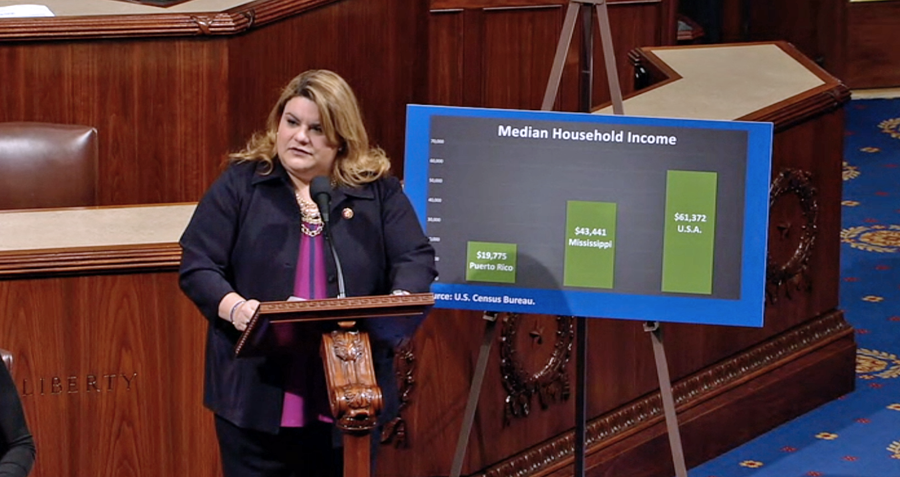 Puerto Rico’s Resident Commissioner in Washington Jenniffer González and Florida Sen. Marco Rubio introduced H.R. 7577, a bill that would help boost Puerto Rico’s economy and position the island as a “hub,” or national production center, of medical equipment and drugs.

This bicameral initiative encourages companies that are currently producing pharmaceuticals and medical devices abroad, to relocate to the U.S., the lawmakers said.

“The fact that these manufacturers that produce essential health materials for the American market are not within our reach, especially in times of crisis, represents a threat to the national medical supply chain,” González said.

“With this bill, we seek to correct this, offering federal incentives to these companies in exchange for job creation and capital investment, so that they relocate to American soil, specifically in places with high levels of poverty, designated as ‘distressed zones’,” she said.

Moving these large companies to places with high levels of poverty rates will translate into a large investment in the area that, eventually, would help to transition them to stronger economic zones, generating the rise of small businesses and offering well-paying jobs.

“Puerto Rico has the capacity, labor, experience, and infrastructure to become a national hub for the production of medical equipment and medicines, attracting manufacturers and pharmaceutical companies located abroad. Thus, we secure the national supply chain and boost our economy with well-paying jobs,” she said

“This is my bill that I’m promoting along with Sen. Rubio and the reason why I have brought Rear Admiral Peter Brown and a delegation from the White House to visit several pharmaceutical plants in the island,” González said.

“The coronavirus pandemic has made it clear that we must rebuild our national manufacturing capacity, especially in our medical industry,” Rubio said. “For too long, our manufacturing capabilities have moved to China, impacting communities across our country, including Puerto Rico, which was once home to a strong manufacturing industry in the United States.”

During recent testimony presented at Senate Energy and Natural Resources Committee and in the China Task Force in Congress, González stressed that manufacturing must be brought back to the United States.

The delegation of federal officials will be coming to Puerto Rico in coming weeks to assess the status of recovery efforts, listen to the needs of different sectors, and identify potential courses of action moving forward.

President Trump’s Special Representative for Puerto Rico’s Disaster Recovery, Rear Admiral Peter Brown, will lead the first delegation, scheduled to be on the island Aug. 17-21. He will be accompanied by representatives from the Environmental Protection Agency, the Federal Emergency Management Agency, and the U.S. Department of Defense.

The second visit is scheduled for August 24-26, , and will be led by the Director of the Office of National Drug Control Policy (ONDCP), Jim Carroll, who will also be joined by Brown.

“I thank the Administration and Rear Admiral Brown for his commitment to the people of Puerto Rico. This visit is a follow up from previous trips highlighting the commitment of the federal government to advancing our work, in collaboration with local officials and stakeholders, towards economic development and reconstruction,” said González.

The trip will include site visits to manufacturing plants and a roundtable with pharmaceutical managers and manufacturers in the southeast region of the island. Also, the delegation will inspect ongoing community projects such as Caño Martín Peña, potable water systems, and landfills.