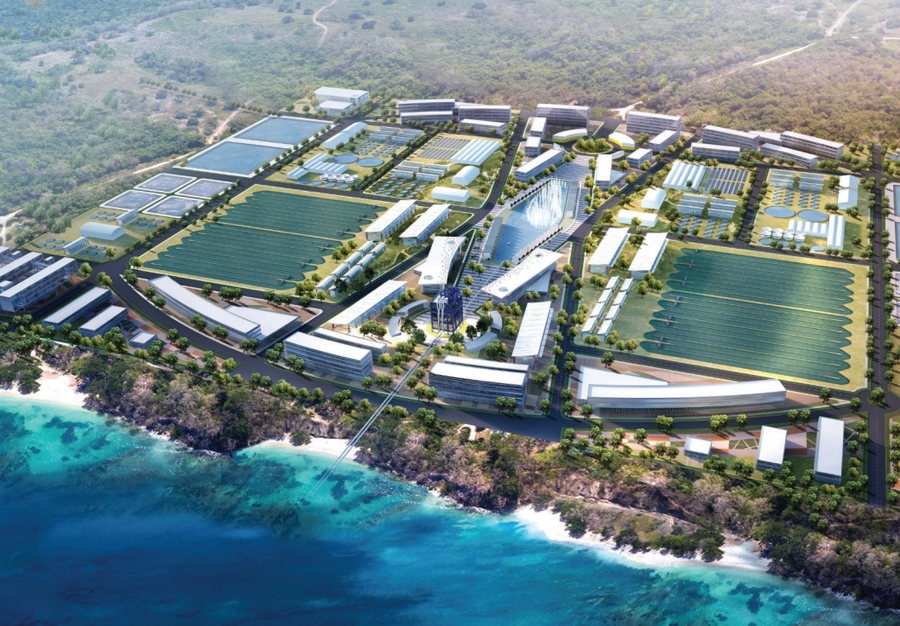 The Department of Economic Development and Commerce (DDEC, in Spanish) announced the completion of the Request for Qualifications application process to develop the proposed $300 million Puerto Rico Ocean Technology Complex (PROTech) in Yabucoa.

As a result, three companies — WSP USA Building, Inc./Marvel Marchand, Agru America, and Energy Center Cajuhu, LLC — have been chosen as they met the requirement established in the process launched two months ago, which will move on to the Request for Proposals process, Economic Development Secretary Manuel Laboy said.

“Our team evaluated 34 applications from international and national companies, interested in taking the reins of this comprehensive plan,” said Laboy, noting the chosen firms all have a presence in the United States.

“They proved to be highly qualified entities with experience and the ability to design, build, finance, operate and maintain this cutting-edge project. Companies still interested in leading the project will now have to meet the requirements of the RFP that we will submit in the coming weeks,” Laboy said.

In July, the DDEC unveiled the master plan for the project that also involves the Puerto Rico Land Administration. PROTech’s proposal calls for the development of facilities for the conversion of thermal ocean energy, the development of ocean deep-sea industries, an institute of education and research, a recreational, cultural and commercial center, as well as a hospital institution, among others. All of these projects will benefit from the energy output of the project, Laboy said.

The proposed thermal ocean power park will be the largest in the world, as its pilot ocean thermal energy converstion (OTEC, for short) technology plant will generate approximately 500 kilowatts. So, it will surpass existing plants in Hawaii and Japan, he said.

PROtech’s proposal involves a number of projects, which will benefit from the energy production of the OTEC plant. Some of the proposed projects are: the development of deep-sea ocean industries, such as mariculture, aquaponics, as well as an institute of education and research, a recreational, cultural and commercial center.

Once operational, the project will be in line with the Puerto Rico Public Policy Act, which establishes the need to comply with a Renewable Energy Portfolio to reach a minimum of 40% renewable energy by or before 2025 to 100% by 2050, he said.