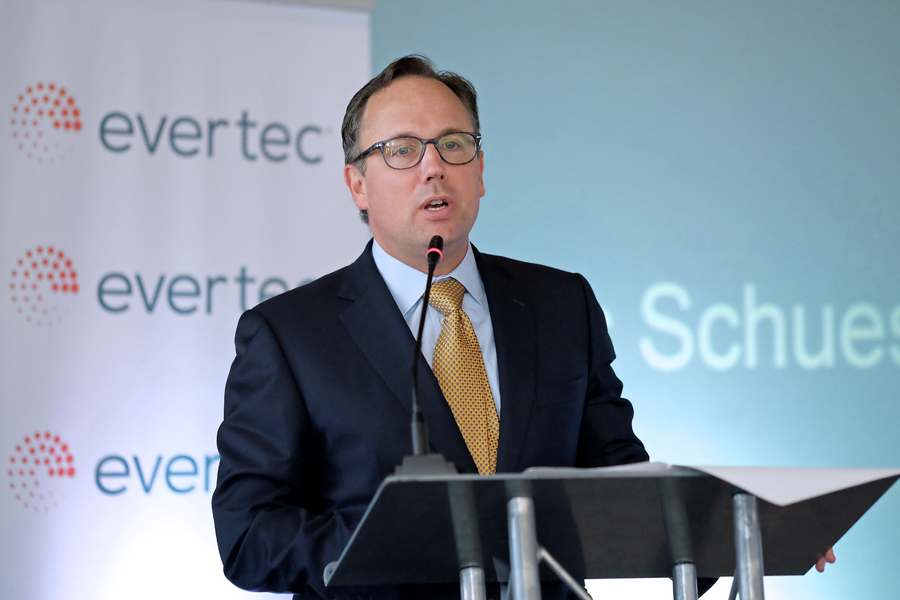 Evertec Inc. announced $145.8 million in total revenue for the third quarter ended Sept. 30, 2022, which remained relatively flat when compared with the prior year, according to its financial statements.

Revenue in Puerto Rico was negatively impacted by the $6.9 million one-time credit granted upon closing of its transaction with Popular Inc. on July 1, and the impact from Hurricane Fiona to its merchant acquiring segment.

“We worked hard to strengthen our relationship with Popular over the years. We are excited that Popular will remain a strategic customer for EVERTEC for many years into the future, and we look forward to growing our business with the bank,” said Evertec CEO Mac Schuessler, during a call with analysts.

“We also sold certain assets back to Popular that are solely used by them and align to their customer experience initiatives and that don’t conform to our long-term strategy. The completion of this transaction resets our relationship with Popular, creates a partnership with them to grow our payments business and allows us to focus our resources on other high-growth products and segments,” he said.

He told analysts that the sale will “open the universe of the types of targets that we can go after. We are very focused on M&A [mergers and acquisitions], and we do think that this is going to create new opportunities for us.”

The segment also benefited from a small tuck-in acquisition completed at the beginning of the quarter that allows Evertec to process payments for government services in Puerto Rico.

“We expect these will continue to grow as the government continues to modernize its services and shifts toward digital payments. This further demonstrates our commitment to use our balance sheet for growth through acquisitions and our willingness to execute when opportunities arise,” Schuessler said. “Our businesses performed well in the quarter, despite the negative impact from FX and Hurricane Fiona.”

For the third quarter, the company’s Adjusted Earnings Before Interest, Taxes, Depreciation (EBITDA) decreased 25% to $52.4 million; excluding the impact from FX remeasurement, Adjusted EBITDA would have been $60.2 million, a decrease of 14%.

During the three months ended Sept. 30, 2022, Evertec repurchased 1,190,379 shares of its common stock at an average price of 31.35 per share for a total of $37.3 million. As of that same date, a total of approximately $102 million remained available for future use under the company’s share repurchase program.

In addition, in connection with the close of the Popular transaction, the company received 4,589,160 shares of its own common stock.

Looking ahead, the company anticipates that its total consolidated revenue will be between $607 million and $615 million by year’s end.