Experts: Puerto Rico on right track in use of tech tools 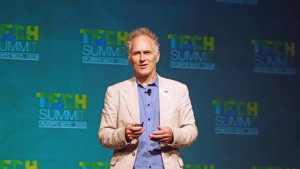 Puerto Rico’s current financial crisis might just be the opportunity for the government to stay on track with its strategy of collaborating with private-sector technology companies to find solutions to its problems and improve services to citizens.

Using technology as a tool to transform the economy and improve government, to promote the export of products and services, and as a mechanism for the private sector to develop strategies that focus more on the consumer was the topic of many of the panel discussions of this year’s Puerto Rico Tech Summit, held Wednesday.

The Puerto Rico Tech Summit, now in its third edition, has constituted a platform to launch new applications, some of new creation and others in advanced development stages, created in an interagency effort led by the local government’s Chief Information Office.

“The Puerto Rico government is very forward-looking and is building a lot of things the right way, and there’s a large technology community here that’s committed to helping out,” said Tim O’Reilly, founder of O’Reilly Media, a major stateside company that publishes books and Web sites, and produces conferences on computer technology topics. He was also an early proponent of Open Code and free apps as development tools.

“Like everything in government, it’s a work in progress,” he said. “However, there’s an opportunity here for the government to take the lead, because they’re building new services and if you build them right, they can show what’s possible [through collaboration].

O’Reilly was one of a group of personalities leading the way in the international technology sector on hand for the gathering held at the Puerto Rico Convention Center, which served as the platform for the government to launch a number of applications, including one to issue certificates of good standing, another for calculating child support payments and a third to grant online access to Property Registry records.

The certificate of good standing application was circulated Tuesday for a final testing among citizens after a yearlong development process, launching completely valid certificates, said CIO Giancarlo González. It may be accessed via mobile or from any terminal with Internet connection in a rapid and secure manner.

This app consolidates data from the Police, Justice, and Transportation & Public Works Departments to validate the identity of individuals and it does not need a special paper because it carries a barcode that guarantees its authenticity. It represents a $5 million annual savings in Police Department costs.

Meanwhile, the Property Registry will grant online access to all registered properties in Puerto Rico in addition to facilitating the process of registering a property online from any part of the island, 24/7, along with the Child Support Administration, known as ASUME for its initials in Spanish, and the Integrated Permits System apps.

Nearly 200 hackers attended the event to compete at the Hackathon, where they developed tech apps and solutions, in a live setting. A panel of judges, represented by potential local and outside investors, including Law 20 & 22 beneficiaries, evaluated the marketing and exporting potential of the created apps. Winners will be announced during an upcoming event to be held in August. Google’s ARA project moving forward
Perhaps the most anticipated presentation of the day was that offered by Paul Emerenko, head of Google’s revolutionary Project ARA initiative, who discussed the modular smartphone pilot project being developed in Puerto Rico.

In a Q&A with González, Emerenko said Puerto Rico was chosen as the host site of the next-generation project that calls for developing its modular smartphone components and applications because of the island’s “diverse and very mobile-forward user base. We found a very enthusiastic and entrepreneurial environment in Puerto Rico.”

“The majority of things are done via mobile in Puerto Rico, which is not the same as in the U.S. mainland,” he said, also noting that choosing the island was easy because it follows Federal Communications Commission rules. “We’ve been working closely with the FCC, which sees this project as good for innovation.”

As part of the project, Google signed a multi-university research agreement with the University of Puerto Rico, pulling in resources from the Río Piedras and Mayagüez campuses to work on developing modules and applications, Emerenko said.

“You have faculty and students working on pretty cool, leading-edge technology and it gives them a real use case for their research,” the young executive said, adding that both the business and engineering schools at each campus are participating in Project ARA.

“It’s yielded good results so far, and we’re excited about the possibilities,” he said.

Project ARA’s development is broken down by modules and applications, spanning about 10 categories, he said.

“There are a few choices of displays, carriers, different capacity batteries, and modules for applications that may not exist today, such as access to satellite communications, medical diagnostics and different types of cameras,” he said, describing what has come down the development pipeline so far.

Emerenko predicted that Google will be ready to roll out the modular smartphones by year’s end for local consumers to explore. ARA smartphone users will be able to buy a metal frame and populate it with “modules” that fit like puzzle pieces to make their device look and operate exactly as they need. ARA devices will run on the Android operating system.