Ports not inspecting 100% of containers arriving to PR 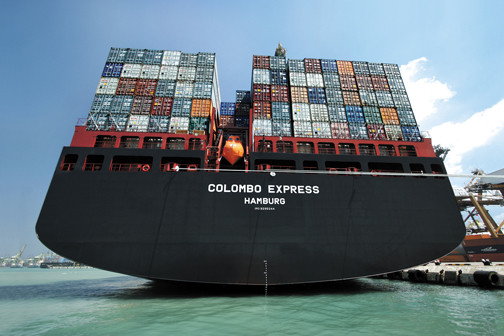 Ports Authority officials admitted Monday before the Senate that the agency is not inspecting 100 percent of incoming cargo containers delivered by the different shipping companies that serve the island.

“They’re not being evaluated, first, because we are having problems with the checkpoints,” said Francisco Cruz-Febus, who represented Ports Authority Executive Director Víctor Suárez during a Senate hearing.

During the hearing, Popular Democratic Party Sen. Rossana López said the fact that some cargo containers are being inspected and others are not raises concerns because “a thousand things can get by in the ones we’re not inspecting, which we don’t know about.”

“I ask, if that inspection were done in the U.S., checking each of the containers, and based on your response that it is indeed done, then why can’t it be done here?,” she questioned.

The exchange took place during a hearing by the Senate’s Civil Rights, Citizenship and Social Economy Commission, which López chairs, to consider Senate Resolution 237, ordering a study on the economic impact of the cost of maritime freight between Puerto Rico and the United States as a result of the imposition of U.S. Cabotage Laws, based on the report submitted by the Goverment Accountability Office on March 14, 2013.

“What happens is, that the way the system works today, inspecting all [containers] would intervene with interstate commerce because we would limit the access of those trucks looking load, because we don’t have all checkpoints [we need],” said the Ports official.

López went on to say that not having the ability to inspect all of the incoming containers is “worrisome” and believes “Puerto Rico has become a transshipment port in the case of drug trafficking, and the same time, as the Puerto Rico National Guard has said, we’re losing the ability to collect a lot of money through those inspections.”

“This creates problems, the first, that we fail to get sufficient revenues for Puerto Rico and the other, a social crisis created by guns and drugs,” she said.

The issue of increasing container inspections at the Ports gained traction in 2011, when Ports launched mandatory cargo inspections at the maritime facilities in San Juan. In April of that year, the agency signed an agreement with Rapiscan Systems, a global supplier for high-quality security inspection solutions, to begin inspections at the ports, through the use of high-tech systems.

At the time, the goal was to be able to inspect 100 percent of the containers by September 2011. National Guard supports surveillance
During the hearing, the Puerto Rico National Guard submitted written testimony saying it has no jurisdiction in the area of maritime transportation. However, the National Guard has been activated to provide support in the surveillance tasks in port areas and airports, to prevent the entry of illegal drugs and weapons, said .Adjutant General of Puerto Rico and PRNG Brigadier General Juan J. Medina-Lamela in his testimony.

The PRNG was brought into the mix through an order from Gov. Alejandro García-Padilla, who also expressed a need for more and better checkpoints for shipments entering Puerto Rico in each of the ports and airports.

“Given these results, we are of the opinion that the PRNG’s participation in the task of container inspections is an effective tool to prevent excise tax evasion and ensure the revenue makes it into the government’s coffers,” said Medina-Lamela.