Liberty looks to take over OneLink this month Liberty Cablevision in Luquillo will expand its footprint into the San Juan area as a result of the deal. (Credit: © Mauricio Pascual)

OneLink Communications will have a new owner before the end of November, when Liberty Cablevision of Puerto Rico expects to close its $585 million acquisition of the San Juan cable carrier and take over its operation, Naji Khoury, managing director of the buying company, said Thursday.

His comments responded to confirmation that the Telecommunications Regulatory Board had given its final go-ahead to the transaction, more than two weeks after agency President Sandra Torres told this media outlet it would.

The resolution approving the sale places no special conditions on the merger announced in June, which clears the way for Liberty to take over the San Juan cable provider that offers service eight main cities: San Juan, Guaynabo, Cataño, Bayamon, Carolina, Trujillo Alto, Toa Baja and Toa Alta. The company employs about 400 people.

“This is basically the first of one of two steps. Getting the regulatory approvals from the Federal Communications Commission [in August], the Department of Justice and the TRB had to happen first. Now we’ll be finishing the paperwork with the seller, the legal back and forth, to close the deal within a week or so,” he said. “We’ll be taking over this month.”

As for what the future holds for OneLink customers, Khoury said it was “too premature to tell.”

“As soon as we complete the transaction and we own the asset, we’ll be in a better position to give more details,” he said.

However, judging from comments submitted by consumers during the 30-day window the TRB gave for public opinion on the proposed deal, Liberty will have the task of meeting expectations of improved service, quality, and programming after the merger. 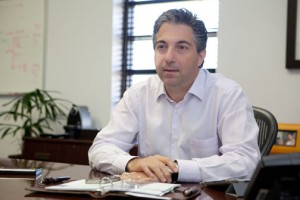 The corporate union is expected to create a formidable competitor against satellite paid television providers and, by year’s end, Claro de Puerto Rico, which is slated to launch its Internet-based paid television service, or IPTV.

That said, during the TRB’s application review process, Claro and DirecTV raised concerns about potential effects from allowing Liberty to merge with OneLink.

Because Liberty and OneLink currently operate as the sole cable providers in the geographic areas that they serve, post-merger, the joint entity will serve an area covering approximately 700,000 homes in Puerto Rico, approximately 78 percent of existing cable television customers and approximately 30 percent of video subscribers.

However, with three existing cable providers in Puerto Rico — including Choice Cable in Ponce — the potential for increased competition among them exists, as none of the existing providers holds an exclusive franchise, the agency said in its analysis.

“Cable operators in Puerto Rico do not currently compete with each other, and therefore the number of actual competitors by region would not be reduced as a result of this transaction,” the agency said. “In addition, while the Board is mindful that the reduction in cable from three to two presents a reduction in that potential competition, it believes that this reduction is addressed by the entry of [Claro’s] IPTV into the market.”

When Claro launches IPTV service, competition will increase to five potential service providers in the areas where the carrier’s service is available.

“Thus, even after the proposed transaction customers will have a greater choice in providers than they have now. Puerto Rico consumers will benefit from increased competition as a result of the transaction,” the TRB said in its decision.