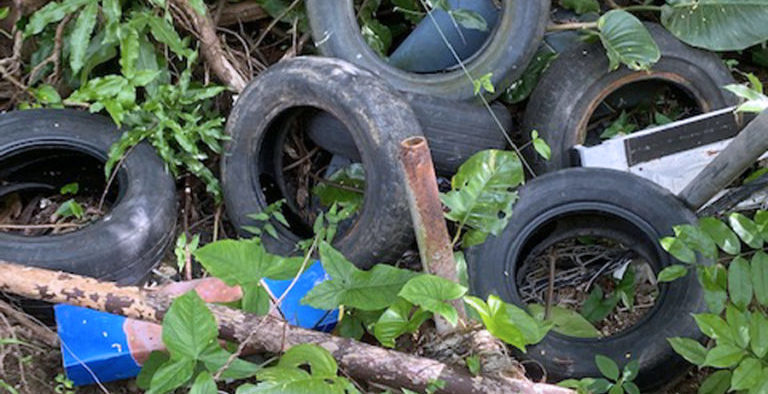 The Law for the proper handling of tires in Puerto Rico (amended in 2009) was aimed at reducing the volume of solid waste in our landfills.

They say that the road to hell is paved with good intentions. Senate Bill 1683 to create a law to “Encourage the collection of scrap from aluminum extrusions and promote a new recycling industry to transform scrap into raw material” is being considered at the extraordinary session that was just convened at the Legislature.

The intention of this project is to establish public policy regarding the collection, handling and transformation of aluminum scrap into new products made on the island, as well as to reduce its disposal in the sanitary landfill systems of Puerto Rico.

In theory it sounds wonderful. However, a reading of the text of the bill reveals a disguised tax. This is not a project whose primary purpose is of environmental nature. Instead, it is an economic one that proposes to generate a fund — through a so-called “nominal” charge for imported aluminum — to encourage the local industry for recycling and transformation of aluminum scrap at no cost to the treasury.

But if for the consumer’s pocket. Said fund, argues the project, would be destined to establish an incentive program to promote the collection, hauling and transformation of aluminum scrap so that it can be recycled and converted into new products through manufacturing processes. The Department of Economic Development and Commerce would manage the fund.

Puerto Rico has had a Recycling Law since 1992 and an agency dedicated to managing solid waste, which today falls under the Department of Natural and Environmental Resources. In almost three decades we have not been able to build successful recycling programs at the island level, except with a few exceptions such as in the municipalities of Guaynabo and Carolina, for example, that reach the goal established in 1992.

These municipal programs have worked, to a great extent, because of the efforts the mayors have put in and the municipal ordinances that make recycling compulsory. Even so, the recycling rate in Puerto Rico is dismal and hovers at around 10%. The restrictions imposed by China in 2018 — the Sword Policy — for cleaner and better quality material have kept the rates low.

The Law for the proper handling of tires in Puerto Rico (amended in 2009) was aimed at reducing the volume of solid waste in our landfills, with alternatives such as recycling or end-use as raw material that contains an economic value in the market through an “environmental” charge.

Said law provided for the implementation of a program to control the final disposal of tires in landfills and sought to promote the establishment of recovery, processing and recycling systems for tires, returning their value to the island’s economy with the manufacture of final products, their use as an aggregate in non-structural civil engineering projects or its use as fuel.

Eleven years later, none of that has happened. All of us who drive a car pay the tax. However, we see how the used tires adorn the exteriors of businesses that handle them, and we also find them in rivers and in natural environments, “growing” like wild vegetation.

Let’s not make another law that will become “dead letter.”