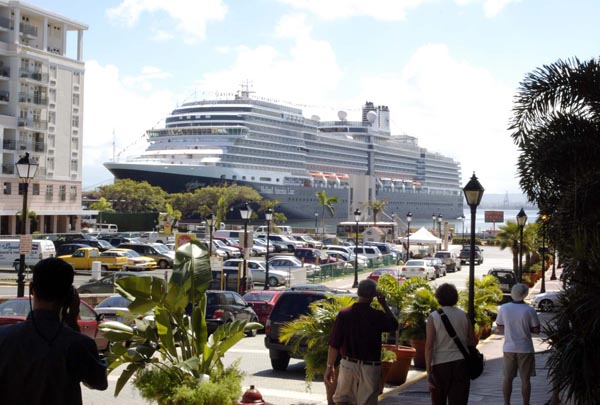 Slightly more than a month before the island’s current cruise ship incentives law expires, the Gov. Luis Fortuño administration filed Wednesday a new bill that would expand the scope of benefits offered to a sector that generates $245 million for the local economy.

“We carried out a series of meetings with cruise ship industry representatives, so that the benefits included in this new bill address their claims and are focused on encouraging the industry’s development and the island’s economy,” he said.

Despite the positive aspects of the current law, Pérez Riera said that upon re-evaluating it with sector representatives, the consensus was that it needed to include other key segments within the cruise ship industry such as the supply chain, service providers and tour guide operators, which are fundamental to Puerto Rico’s economic development.

The bill proposes the following: incentives for selling travel packages to non-residents that include both a cruise and a stay in a hotel in Puerto Rico; a 10 percent discount on local product purchases, as well as on procurement of maintenance and repair of vessels in Puerto Rico; incentives to promote excursions to cruise ships; and incentives to travel agencies selling cruises using Puerto Rico as a home port combined with stays in hotels in Puerto Rico. This latter point was included considering that the industry has said that most travel bookings are still made through travel agencies, including cyber agencies.

“At the time of the approval and signing of this law, we will have aggressive legislation expanding the incentives offer in a really strategic way to create more jobs,” the public official said. At present, the cruise ship industry brings close to 1.2 million passengers to Puerto Rico each year and is responsible for creating more than 4,000 direct and indirect jobs.

The bill seeks to reaffirm and strengthen Puerto Rico’s place as a regional and global cruise ship homeport, increase cruise ship traffic to Puerto Rico, increase the length of cruise ship passenger stay at local hotels on the main island as well as Vieques and Culebra. The benefits and incentives it outlines would apply to all of Puerto Rico’s ports.