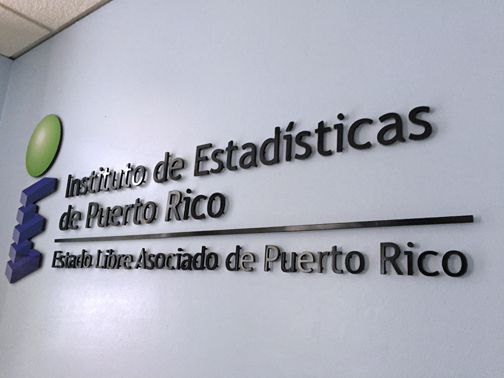 The Institute urges companies to complete the Economic Census questionnaire on or before June 12.

Companies doing business in Puerto Rico will soon be receiving questionnaires to fill out for the Puerto Rico 2017 Economic Census, the main source of data on the structure and functioning of the island’s economy.

The deadline for submission is June 12, the Puerto Rico Institute of Statistics, the U.S. Census Bureau’s local representative, confirmed.

The Institute urged business owners to complete the questionnaire online as soon as possible to ensure timely compliance required by federal law.

Specifically, this time, the questionnaire sent by mail includes instructions and a unique code that participants can use to complete it securely online. Companies also have the option to fill the printed questionnaire that was included in the mailing that began in early May.

Federal laws requires that each company completes the questionnaire. Responses are confidential, private and secure. Federal law protects the responses from companies and ensures that data can be used only for statistical purposes.

“The Puerto Rico 2017 Economic Census is underway. Businesses should already have begun receiving the questionnaire by mail,” said Mario Marazzi-Santiago, executive director of the Institute.

“For the first time, a mechanism to complete the Economic Census electronically will be provided. The cooperation of all companies with this Census is extremely important because it is expected to be the first economic census to be used to prepare gross domestic product statistics related to Puerto Rico’s economy,” Marazzi said.

The results of the Puerto Rico 2017 Economic Census will be available in December 2020 and will include aggregate information at an industrial and municipal level on the number of establishments, revenue, sales, payroll, number of employees, goods and services produced and other issues specific to each industry. To learn about prior Economic Census results, visit the following link.

The U.S. Census Bureau measures Puerto Rico’s population once every 10 years, and conducts the Economic Census, every five years. This census is used by trade associations, economic development agencies, governments and individual companies for business decisions and public policy.

In addition, as the U.S. Bureau of Economic Analysis recommended to the government of Puerto Rico, this should be used as a reference when estimating gross product statistics, which is expected to happen for the first time with the 2017 Economic Census.