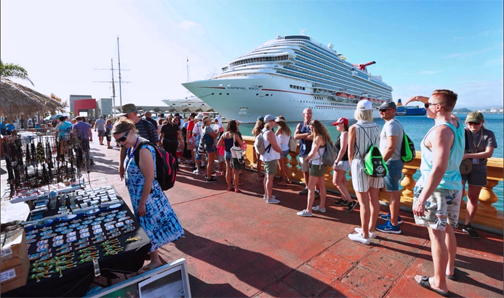 The Tourism Co. said there is “extremely promising” arrival of cruise passengers confirmed for May and June.

The Puerto Rico Tourism Co. on Monday offered a rundown of milestones reached in the months after Hurricane María, confirming the island’s readiness to host visitors as the summer travel season approaches.

“We continue to make great strides because we implemented a comprehensive strategy that has secured a speedy comeback for the island,” Campos said.

“As a result, we can announce that an incredible amount of cruise passengers are expected in May and June, air capacity figures will equal those from 2016 by the Fall, and occupancy remains strong as renovated hotels continue opening their doors,” she said. “We’re continuing to receive thousands of visitors and at this pace, our summer months look very promising.”

The agency went on to list a number of “major milestones” achieved so far, which are important for leisure and business travelers: