With just over 10 million people, the Dominican Republic is the second-largest Caribbean nation after Cuba. But the D.R. is clear and away the regional leader when it comes to tourism. In 2012, more than 4.56 million tourists visited the country by air, a 5.9 percent increase over the year before. Of the total, just under 639,000 were non-resident Dominicans abroad.

Statistics released by the Central Bank show the effects of Hurricane Sandy on tourist arrivals. The superstorm struck New York and New Jersey in late October, shutting down regional airports throughout the Northeast and causing widespread damages to homes and businesses.

At the other end of the spectrum was economically battered Europe, where travel was down sharply. The biggest drops were reported in travel from Great Britain (39,452), Spain (14,001) and Italy (10,055).

Nevertheless, American Airlines announced that, effective April 2, it will cease direct flights from New York’s JFK to both Santiago and Santo Domingo. The airline, which has offered direct flights between the two countries for 37 years, said it would continue serving that market through its Miami hub.

Cruise ship business hopping
Cruise ship passengers continue to flock to the Dominican Republic. In early February, Carnival Corp. and the Dominican shipping agency Baez & Rannik announced the launch of construction of the Puerto Plata tourism port at Maimon Bay. That project is expected to generate $65 million in investment by the local private sector.

José Polanco, president of the Puerto Plata Pro Port Committee, said his group — formed by some 150 local business and civic organizations — hopes 250,000 cruise-ship passengers will visit the resort in the port’s first year of operation.

“The construction of that port is the solution to the economic crisis that affects the northern region,” he recently told newspaper El Caribe.

One of the facilities of the posh Playa Grande Aman Resort & Golf Course. (Credit: www.playagrande.com)

On Feb. 19, Dominican President Danilo Medina cut the ribbon at the Costa Norte tourist complex in Playa Grande, in the province of María Trinidad Sánchez. The $400 million complex — which includes a 16-room boutique hotel and residential lots — is the largest to be built in the history of the province and the north coast since the 1970s, when Playa Dorada and Puerto Plata International Airport were built.

The new tourism venture is the work of North Shore Land Holdings Inc., whose mission statement is to “respect the environment and involve surrounding communities in the development.”

Medina presided over another groundbreaking March 11 for Playa Grande Aman Resort & Golf Course, a $500 million, low-density resort with 11 kilometers of seafront and an 18-hole Robert Trent Jones golf course. Up to 400 residential villas will be built at the site if all goes according to plan.

At the other end of the country, along the D.R.’s southwestern coast, is the 500-acre El Cabo Rojo resort being supervised by Canada’s Lamb Development Corp. The plan foresees total investment of $1.2 billion in the construction of hotels, condominiums, villas, a cruise-ship port, golf courses and a shopping center.

The Toronto-based developer proposes to invest $525 million in the resort itself, $300 million in condo construction, $280 million on the golf course and villas, and $40 million in shopping and recreational areas, according to Dominican daily Listin Diario.

The newspaper says the project, located in the province of Pedernales, seeks to obtain two million square meters to develop five to seven hotels; each one would have 100 to 300 meters of beachfront and would be four- or five-star, with eco-friendly designs. The Lamb proposal also envisions the construction of 10 to 15 two- to four-story oceanfront buildings for a total of 1,200 units selling at $249,000 and up.

Meanwhile, the International Association of Golf Tour Operators has selected the D.R. as its 2013 “Golf Destination of the Year in the Caribbean and Latin America” for the second time. IAGTO’s tour operators generate more than 85 percent of golf vacations taken worldwide, and the winner was chosen by the group’s 450 members in 59 countries.

But that’s not enough for President Medina, who has publicly stated that his goal is to attract 10 million visitors annually by 2022 — more than double current visitor arrivals — by tapping into the enormous potential Chinese travel market.

Despite a lack of diplomatic ties between the two nations (the D.R. recognizes Taiwan rather than mainland China), Tourism Minister Francisco Javier García has invited both a Chinese TV station and a fashion magazine to visit the country as part of an ad campaign to capture part of the 80 million Chinese who travel abroad every year. 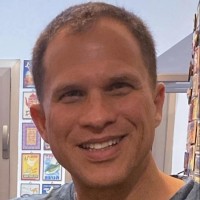 larry@luxner.com
Larry Luxner
Sorry! The Author has not filled his profile.