S&P downgrades Doral to ‘CC’ in wake of capital breach 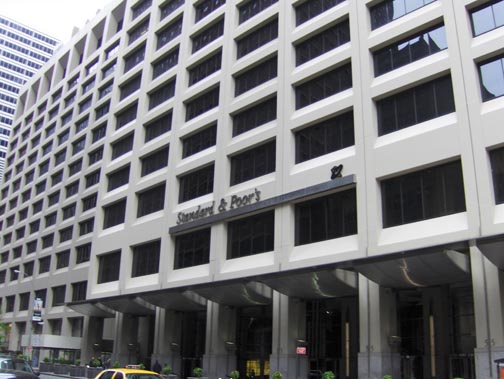 “Our downgrade of Doral reflects the institution’s weakened capital position to the point that it has breached minimum regulatory capital requirements under its current consent order with the [Federal Deposit Insurance Corp.],” said Standard & Poor’s credit  analyst Sunsierre Newsome.

Earlier this week, the FDIC advised Doral Bank that it may no longer include in its calculation of its Tier 1 capital some or all of the tax receivables from the government of Puerto Rico.

“Because the institution’s capital fell below its minimum regulatory capital requirements, the rating is now ‘CC’, consistent with our criteria,” said Newsome.   “We revised Doral’s capital and earnings score to ‘very weak’ from ‘weak’ [as our criteria describe the terms).”

Even if Doral develops a capital plan that receives regulatory approval, the bank may not be able to raise capital given its much-weakened stock price and financial condition, S&P said.

Doral Bank entered into a consent order with the FDIC on Aug. 8, 2012, through which the bank is not permitted to accept, renew, or roll over any brokered deposits unless it has been granted a brokered deposit waiver by the regulator.

In the event any capital ratio falls below the minimum required, Doral Bank must either increase capital in an amount sufficient to comply with the capital ratios as set forth in Doral Bank’s approved capital plan, or submit to the FDIC a contingency plan for the sale, merger, or liquidation of Doral Bank in the event the primary sources of capital are not available within 120 days.

In addition, the FDIC indicated that it will not consider granting Doral Bank waivers to accept brokered deposits.

“We believe that Doral’s inability to accept and roll over brokered deposits hurts its liquidity position at a time when options may be limited, and as a result we have changed our assessment of the bank’s liquidity to ‘weak’ from ‘adequate’,” S&P said in its analysis.

Doral acknowledged this week it is in breach with the FDIC. (Credit: © Mauricio Pascual)

Furthermore, without regulatory consent, Doral may have difficulty implementing a strategy that includes selling assets, which may further hurt its financial condition. Doral’s currently vulnerable financial position and depressed stock price could mean that the bank faces significant challenges in trying to raise capital, the ratings agency further noted.

“Our ratings reflect our view that the bank’s difficulties could result in additional regulatory intervention, and we expect default to be a virtual certainty,” said Newsome. “We are placing the ratings on CreditWatch with negative implications. During the CreditWatch period, we will monitor whether the company is able to obtain regulatory approval for its revised capital plan and execute on the plan to improve its capital ratios.”

However, S&P believes it might be difficult to successfully execute on a plan to raise capital given the company’s residential mortgage-heavy asset base and depressed stock price.

But, if the bank does obtain approval from regulators for its revised capital plan and is able to raise its capital above the regulatory minimum by more than 100 basis points, the agency could remove the rating from CreditWatch.